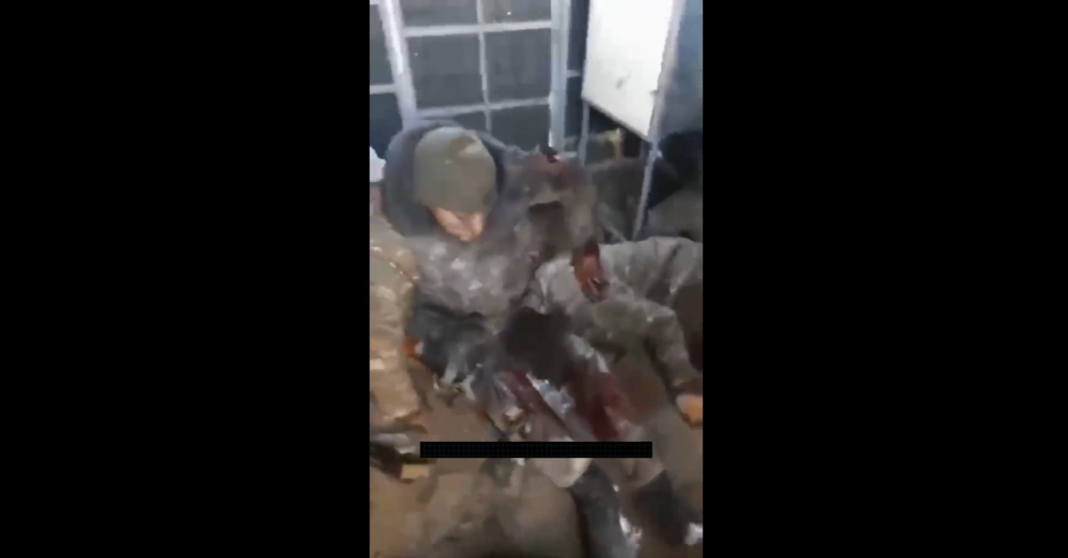 On October 11 2022 Azerbaijanis spread another video on their internet platform about how Azerbaijani Soldiers tortured Armenian wounded prisoners of war. They were tortured and killed by Azerbaijanis, after which the Armenian side received their bodies. This video definitely confirms that a large number of Armenian prisoners of war were killed during captivity. This happened in the dugout of one of Verin Shorzha’s positions in the Gegharkunik region of Armenia on September 13 of 2022.

On the afternoon of September 13, Azerbaijanis shared photos of the corpses of Armenian soldiers on Azerbaijani social networks, but only after the publication of this video it became clear that these soldiers were prisoners of war and were shot by Azerbaijani soldiers.

The execution of Armenian prisoners of war (POWs), apparently by Azerbaijani forces during fighting between the countries in September 2022 is a war crime for which there needs to be accountability, Human Rights Watch said today. Human Rights Watch analyzed a video posted on social media in early October showing the extrajudicial execution of at least seven Armenian POWs, apparently by Azerbaijani forces.

The killings took place during fighting between Armenian and Azerbaijani forces that broke out in mid-September, when Azerbaijan made incursions into Armenia and along the border. The fighting was one of several breakdowns of the Russia-brokered 2020 truce.

The shooting appears to kill at least seven of the men. Rohini Haar, an emergency physician with expertise in health and human rights, who is an adjunct professor at the University of California-Berkeley School of Public Health, told Human Rights Watch that the likelihood of survival from sustained close-range automatic and semi-automatic rifle fire in this manner is low.

All three Armenian servicemen seen from the second video have been identified, they were tortured and executed by Azerbaijani soldiers.
At the time of filming, one of them was already killed and the other two were wounded (later executed).

During whole video Azeri soldiers swearing on Russian and on Turkish languages, one of the torturers has a Turkish (not Azeri) accent, “Siktir amını siktiğimin köpeği,” he says.

These two videos shows only the execution of eleven Armenian prisoners of war. The bodies of the Armenian servicemen who were on videos were among the bodies handed over by the Azerbaijani side after the aggression. During the inspection of the bodies, it was found that most of the Armenian servicemen were shot at close range. And this examination proves that the Azerbaijani troops executed more Armenian prisoners of war that it was on this videos.

This behavior of Azerbaijanis is the result of the Armenophobic policy pursued by the Aliyev’s and Turkish regimes, which once again shows why Artsakh should never be part of Azerbaijan and all Armenian prisoners of war should be immediately released from prisons of Baku.

(18+) Execution of Armenian prisoners of war by Azerbaijani soldiers