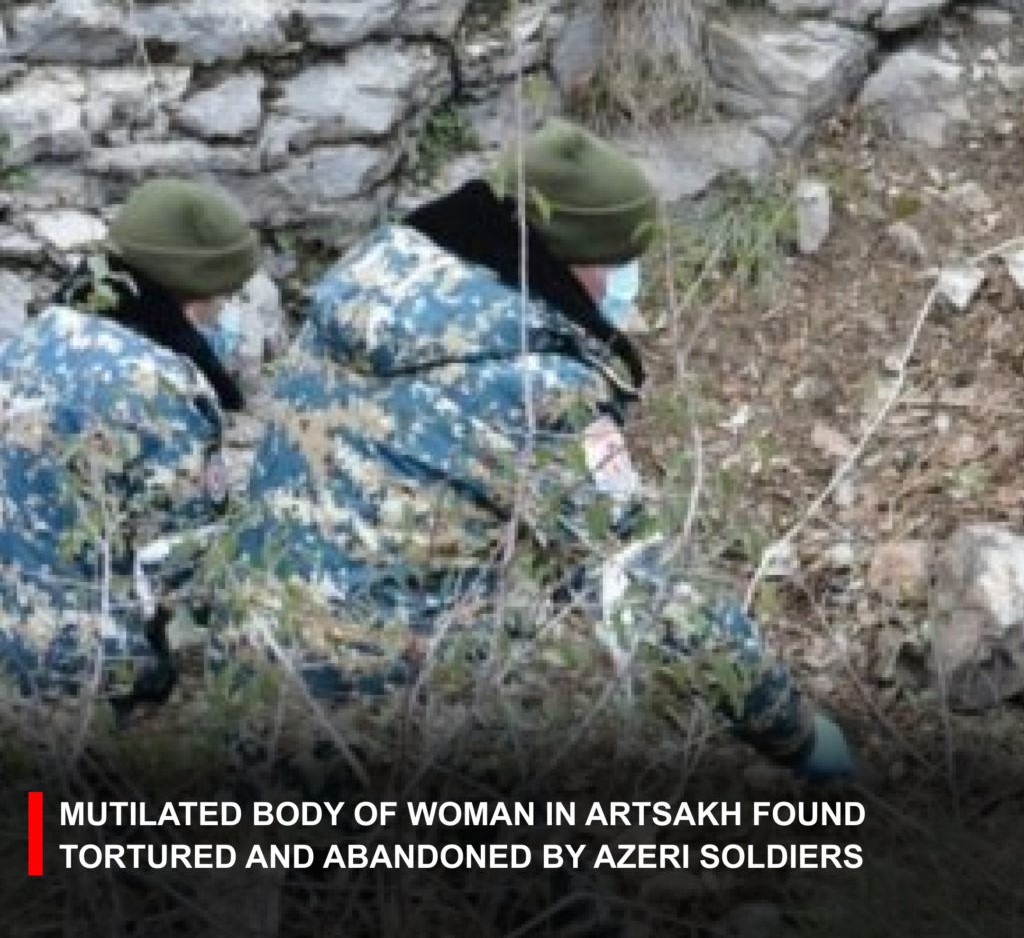 Karin Tak had one civilian victim. When the villagers were forced to leave the village, only 58 year old Alvard Tovmasyan did not leave the village, with whom the relatives last spoke on the phone on November 5. She was a disabled person of the 2nd group, she had mental problems. She was considered missing after the war, only on January 14 of 2021 the dismembered body was found.

Alvard Tovmasyan (58), civilian, mentally disabled, from Karin Tak village, near Shushi, Artsakh
According to forensic evidence, her death was a result of blunt craniocerebral injury and thus, her feet, hands, left ear and the tip of her tongue were cut likely while alive. Source of circumstances of death Alvard Tovmasyans death and the circumstances of death of 19 Armenian prisoners of war and civilians are bellow.

(18+) Execution of Armenian prisoners of war by Azerbaijani soldiers