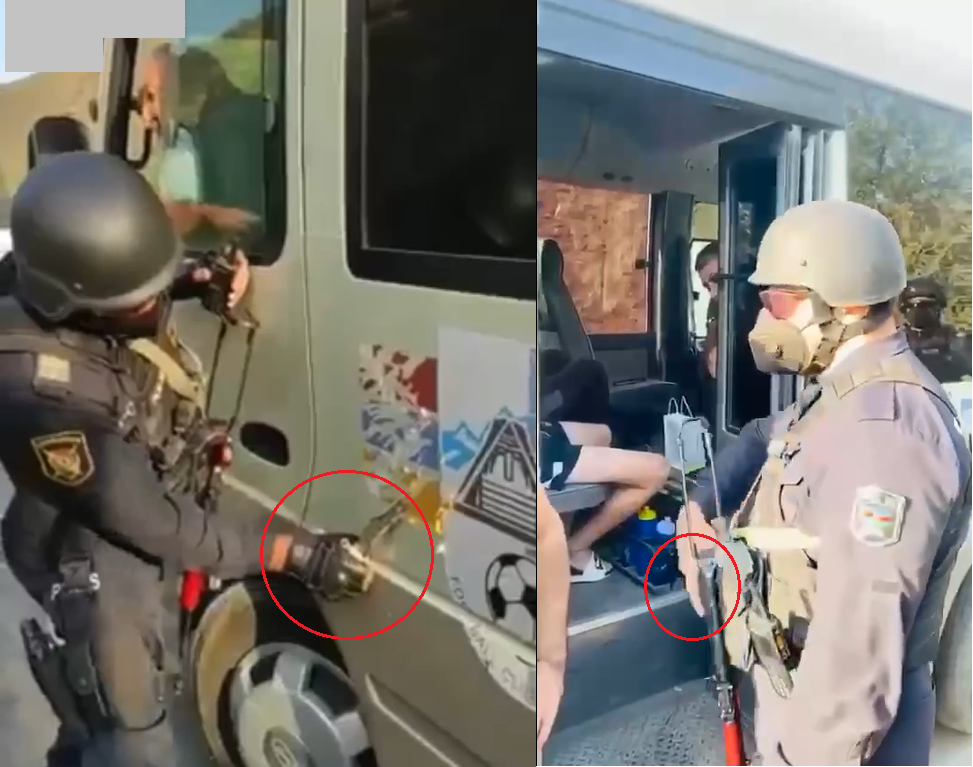 Azerbaijani soldiers, wearing masks and brandishing weapons, terrorized a group of Armenian teenagers who were on board a bus when it was stopped on Friday(17 Sep 2021) on a road in Vorotan. In video released by Armenia’s Human Rights Defender, the soldiers are seen scraping off decals from the side of the bus bearing images of Artsakh with a military-issued knife.

Human Rights Defender Arman Tatoyan said that the video he shared on his Facebook page had gone viral on Azerbaijani social media, whose followers had written insulting comments will overt calls to kill the children.

Tatoyan explained that the children, ranging in age between 15 and 16, were soccer players from Artsakh who were traveling to Armenia.

The Azerbaijani forces took away the children’s phones and were checking them for videos.

“The bus carrying the children was stopped for 10 to 15 minutes. During that time, the Artsakh flag was scraped off the bus with a knife. Azerbaijani sources are proudly sharing the video. But the issue here is the behavior of the Azerbaijani armed forces who intimidated the children and overtly terrorized them,” Tatoyan said.

“All this is the result of years of Azerbaijan’s state-sponsored anti-Armenian policy. We have documented the evidence,” the Human Rights Defender added.